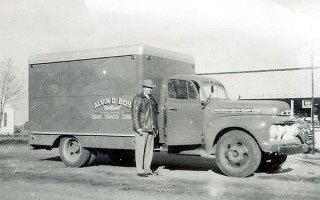 After growing up in Zeeland, moving to Holland, and weathering the Great Depression, Alvin D. Bos started the Alvin D. Bos Company in 1940. A.D. Bos originally specialized in wholesale goods, but in 1955 Alvin took a risk, purchased his first vending machine, and began exploring a new industry. Coffee machines soon followed and by 1962 the vending and coffee business had grown so large that Alvin sold his wholesale operation to focus on vending and coffee. Alvin built his business on the privilege of serving others and it didn’t take long before A.D. Bos established a tradition of exceptional vending and coffee services through long-standing relationships with West Michigan businesses.

Today, the tradition of exceptional service established by Alvin D. Bos lives on and continues to drive the A.D. Bos team. A.D. Bos strives to “make the break” by combining our extensive local experience with the latest technology, the freshest products, and innovative solutions that are custom-designed to fit the specific needs of each customer.

Take a deeper look at our story

On May 21, 1908 Alvin D. Bos was born in Zeeland, Michigan. Alvin spent his youth in West Michigan and graduated from Zeeland High School in 1928. Alvin continued his education at Hope College, however, after one year of study the national economy rapidly deteriorated. Alvin was forced to withdraw from classes and began his career earlier than he had planned. The year was 1929 and the Great Depression had just begun.

Alvin began working at the Bos Tobacco and Candy Company, which was started by his brother during the late 1910s. After working in the wholesale goods business for nearly a decade and weathering the Great Depression, Alvin ambitiously started his own company in 1940. 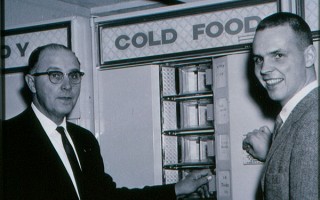 The Alvin D. Bos Company was based on 8th street in Holland and specialized in providing wholesale goods – including food, candy, tobacco, and spirits – throughout West Michigan. In 1955, Alvin purchased his first vending machines and added coffee machines soon after. By 1962, the vending and coffee business had grown so rapidly that Alvin sold off his wholesale business so he could focus entirely on vending and coffee.

In 1964, the De Zwaan Windmill came to Holland from the Netherlands and A.D. Bos was chosen to become an exclusive partner with the City of Holland for foodservice on Windmill Island. Since that partnership began, catering became an integral part of the A.D. Bos’ core services.

In 1997, a third generation of leadership began when Thomas J. Bos, Thomas G. Bos’ son, became President. Since then, continued expansion has driven A.D. Bos to its current location at 308 Garden Avenue in Holland, Michigan. This location provides sufficient space for offices, a full kitchen, a substantial stock of beverages and food, and garage space for a fleet of vehicles. Thomas J. Bos and the entire A.D. Bos team proudly carry on the tradition of exceptional vending, coffee, and catering solutions that was established by Alvin D. Bos back in 1940. A.D. Bos strives to make breaktime in West Michigan great, just as we have for the past, with an unwavering dedication to customer service. 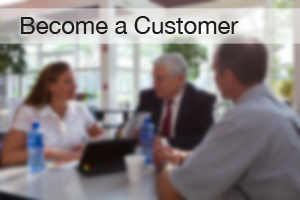